Stuck at home during the Coronavirus pandemic? The Muppets know how you feel. Forget your troubles with this Muppet sing along Cabin Fever from the movie Muppet Treasure Island.

Muppet Treasure Island is a 1996 American musical adventure comedy film directed by Brian Henson, produced by Jim Henson Productions, and distributed by Walt Disney Pictures. It is the fifth feature film to star the Muppets and is based on the novel Treasure Island by Robert Louis Stevenson.

Drums West is a cut-paper animated film produced by Jim Henson. The film was created in Henson’s home studio in Bethesda, MD around 1961. It is one of several experimental shorts inspired by the music of jazz musician Chico Hamilton.

The film was recently rediscovered by the Henson Archives and released in 2013 on the Henson Company’s YouTube channel. At the end, in footage probably shot by Jerry Juhl, Henson demonstrates his working method.

Judging by behind-the-scenes footage of a beardless Jim Henson animating “Drums West,” a 1961 homage to jazz drummer Chico Hamilton, one good sneeze and the party would’ve been over.

Animation is always a painstaking proposition, but the hundreds of tiny paper scraps Henson was contending with in an extremely cramped working space seem downright oppressive compared to the expansive visuals to which they gave rise. 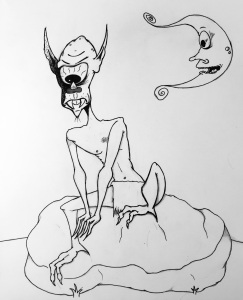 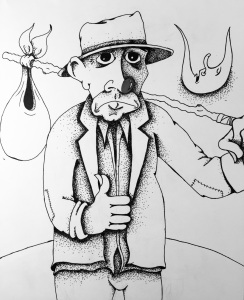